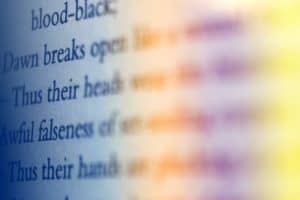 When I was twenty four years old I met Rob who I believed would be my life partner and we would happily ever after but that was not to be.

We were both only twenty six years old when we were diagnosed with HIV and advised to get our affairs in order as we would both be unlikely to reach the age of 30. Advances in the treatment of HIV infection allowed us to be together for ten years and six months until he passed away in my arms in 1993. Seven of those precious years together were spent with Rob being in and out of hospital, suffering almost every excruciating, agonizing, humiliating and dignity destroying affect of HIV progression,

Rather than listing off all of the horrors of Rob’s experiences, I would like to share just a few memories of the many that I will never be able to forget. The “popping” sound while I was holding his hand and looking into his eyes as his lungs were punctured to re-inflate them after they collapsed consecutively over three weeks. Listening to his screams of agony lying in a bath of water with the pressure on the blisters that covered his body from head to toe. Getting home from work and finding him covered in blood from wounds caused by crawling on his hands and knees from the Defense Barracks in St Kilda Road to East St Kilda after he had soiled his pants and was too embarrassed to get on public transport or catch a taxi. The glazed look of empty resignation when I picked him up from the Psychiatric Ward of the Alfred Hospital. By the time Rob’s suffering ended with his death we had both already outlived most of our friends who we watched suffer with their own journey’s in the spread of HIV in the early days. We were both only 35 years old.

I was blessed to meet Trevor, my second life partner, in 1999. He was also HIV positive and healthy despite battling the side effects of HIV medication. That was until he experienced some disorientation and blurred vision in mid 2005 and was admitted into hospital for tests. The scans revealed three tumors on his brain. The specialists advised us that Trevor’s HIV medication had become ineffective and I was taught how to administer a new treatment known as T20 and as I was at his side and sleeping almost every night at the hospital myself, I would inject him twice a day in an attempt to keep his viral load down. This seemed be a futile attempt as the radiation treatment was killing off what little resistance he had left. Over seven weeks I watched him deteriorate from being a very proud and active man to become unable to walk, talk, chew food or swallow it and totally dependant for his sanitary and personal hygiene. He passed away on 2nd July 2005, seven weeks after being admitted to the hospital. We were both only 47 years old.

In both of these relationships we agreed to have reciprocal powers of enduring and medical attorney’s. We were also sole beneficiaries of our respective wills and power of attorney documents.

As I am now 59 years old, next year will mark surviving 30 years past my use by date which was the medical prognosis back when I was 26 years old. Since that time I have had an interesting and rewarding life. In 1990 I lodged an claim through Trades Hall and had the Work Care Practices Act amended due blatant discrimination in a Work Care Claim which had been denied by my employer based on my relationship with Rob and his assumed medical condition.

Following Rob’s death in 1993, Maurice Blackburn Lawyers assisted me with a claim to the Administrative Claims Tribunal against the Commonwealth of Australia appealing my entitlement, as the sole beneficiary of his Last Will and Testament, to the full death benefit of Rob’s Superannuation to which a heterosexual spouse or de-facto would ordinarily be eligible. The appeal was unsuccessful which lead me become a political activist, to create awareness of discrimination against same sex relationships. This debate still continues.

I also became a Public Speaker for many years on sexual health and safe sex, presenting in both private and public schools, health care providers and other community groups.

In 2008, I achieved a Diploma of Holistic Counselling Practice so that I might be able to help other people on their respective journey’s and although I do not practice professionally, I still utilize all the life skills I have gained to be there for others and in all my own journey, I hope I have made the world just a little bit better.

Despite all the blessings of having had so many wonderful people to support me throughout my life journey, I have become very tired of feeling the need to stand up for what I believe in, my own rights as a human being which are the same as every other human being’s. Each of us should be able to have the right to decide when we have struggled, suffered and fought enough.

I have experienced enough in my journey to know that I do not want endure or suffer the consequences of a prolonged life without dignity and / or quality, due to HIV progression or any other cause.

At this stage of my life other than having a compromised immune system and side effects from HIV anti viral medication, I also live with a double HLAB-27genetic mutation (affecting mostly bones and joints), together with a mutant MTHFR C677T gene (linked to heart disease, circulatory problems, folic acid absorption and depression).

My health is generally good considering I smoke like a chimney but it is inevitable that my health will not hold out forever.

I have CHOSEN to update my Last Will and Testament according to my wishes.

I have CHOSEN to complete an Advance Directive, kindly provided by Dying With Dignity and provided copies to all my health care professionals and family.

I have CHOSEN to donate my mortal remains for HIV medical research.

I have CHOSEN to pre-pay my burial plot at Altona Memorial Park next to both Rob and Trevor who are waiting for me.

I have CHOSEN to pre word and paid for my memorial plaque to reflect my life, leaving only the date of my death to be inserted.

I have CHOSEN not to have a funeral, instead a celebration of my life party will be held at my current place of residence with my current partner Bill, who has also pre paid for his burial place next to myself, Rob and Trevor.

I have CHOSEN to create a list of invitees to my memorial party.

I have CHOSEN the music for my party and recorded a message set to music, as my farewell to my loved ones.

I have CHOSEN to make these decisions so that my current partner Bill, does not need to make them on my behalf, if I not able to make them for myself due to incapacity or death.

I have CHOSEN to provide documentation to the Executors of my Last Will and Testament detailing all of these choices.

NOW I NEED THE RIGHT TO BE ABLE TO CHOOSE THE TIME AND DATE OF MY OWN PARTY!