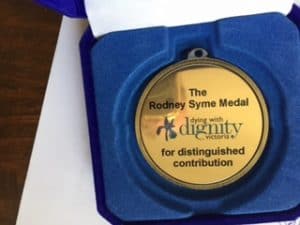 The decision to award the medal is made by a majority vote of the DWDV committee. An Honorary Life membership of DWDV is also provided to the recipient of the award.