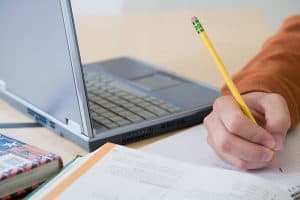 No one should have to be woken in the middle of the night to find their 89 year old father in extreme distress and begging for them to “just kill me”. My father was not what would have been classified by the medical profession as terminally ill. My father was what I would describe as “just worn out”. He did not have an incredibly painful terminal illness. He simply had many of the conditions of old age (prostate cancer, diabetes and heart failure, to name a few) and had got to the point where he could no longer do any of the things he wanted to and had stopped enjoying any of the things that make life worth living.

The really sad thing is, even people who are terminally ill and in incredible and sometimes intractable pain cannot currently access the right to die with dignity, let alone people who are “merely” in a situation like my father was.

My father was suffering, but who judges how much others are suffering? Some old bloke sitting on a cloud? Well I don’t believe in those, neither did Dad; and if there was one worth believing in he wouldn’t have let my Dad suffer a moment longer than necessary. Every individual nearing the end of their life and capable of doing so should be able to make the choice about their own life and when is the time for them to die with dignity. Physical pain is not the only kind of pain that humans can suffer. End-of-life existential angst is not only a natural part of a long life for many; it is not amenable to palliation.

Dad had a lived a full and long life. He lived almost all of his life in the one small community, and he desperately wanted to die at home, where he had lived very happily in the same house since 1960 with my mother. He had a job he loved, around boats and the water, and he had what I consider to be the ultimate perk: he could take his dog to work.

For many years he had enjoyed retirement and been active, spending hours “working” in his shed, out on his boat, spending time with friends, feeding his many species of birds and walking his dog. However in recent years his health had declined. He had good medical care, had many interventions which no doubt lengthened his life significantly, but he had just had enough. The energy had drained out of him. There were no more answers.

The thing is, he had accepted it. We had accepted it. It really is only the medical profession, and many of the religious, who are lagging behind and in denial that death is occurring. At Dad’s wake I quoted Mark Twain “I was dead for billions of years before I was born and it caused me not the slightest inconvenience”.

We have to stop being so afraid of death. It is inevitable. It will happen to all of us. It should not be that my dear old Dad has to be in a hospital emergency department shouting “I want to be euthanized”. That is NOT dignified. My Dad had to stop eating, drinking and taking his medication. We had to fight quite hard to get him assessed as palliative and I am lucky as I knew what to say and do to get this to happen. Dad avoided a nursing home, which was good as that was his worst fear, but his death could and should have been better. I had a disabled pet rabbit that had a better death than my father. That is terrible blight on our society and will remain so until we have laws that change this situation.