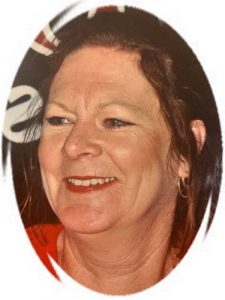 On October 19th 2020, Shane Smith’s sister, Tricia, died. She had been diagnosed with Chronic Obstructive Pulmonary Disease, Fibromyalgia, Lupus and other comorbidities and for 20 years experienced such severe pain that she would often say “I suffer in miserable, breathless silence and just wish I could die“. She was lovingly and attentively supported by family and a few special friends over that entire time but to their horror and anguish, Tricia “went exactly as she feared – in pain and begging for me to kill her! She was sixty-six and had been, in her words – ‘imprisoned’ in aged care from age sixty-two.”

Tricia died in Victoria, 17 months after the practice of Voluntary Assisted Dying had been implemented. Tricia was not deemed eligible for VAD, and she and her family were repeatedly let down by our health system. A system that showed little respect and compassion for the terminally ill, those in aged care and their devoted families. Her previously drawn up, although retrospectively considered poorly written, Advance Care Directive was ignored and those who were in the position to provide a dying and suffering Tricia with what should have been instinctive human traits of care and empathy, appeared indifferent to the desperate pleas for help from Tricia and her family.

In her last few weeks of life, Tricia was abandoned by the doctor, through whom she had sought VAD, and by her own General Practitioner. Shane sought the wise counsel of Dr. Rodney Syme.

“He graciously and patiently listened whilst I unloaded my frustrations in my attempts to assist my sister to access the VAD legislation. Rodney ever so patiently, and tenderly listened, and counselled me. He guided me in understanding the process and the appropriate manner of navigating the road ahead. I was and am forever grateful for the kind and thoughtful way this total stranger had afforded me so generously of his time and guidance. I am not sure he fully understands the true measure and generosity of spirit – the immeasurable relief he brings to those who seek his advice!”

“Tricia wanted me to do anything I could so others would not suffer the same fate she did.”

This is a very hard story to read, and we thank Shane for sharing Tricia’s story with us. We will seek to ensure this story helps others.