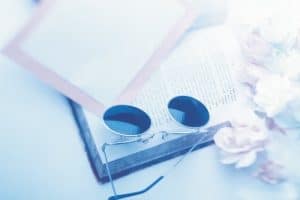 An open letter to the Victorian Parliament

I am writing to you about a topic which many people prefer not to talk about, yet the public are relying on you to consider with compassion when the Assisted Dying legislation comes before parliament this year.

My father, Robin Collins died in February 2014 after a tortuous struggle with myelofibrosis. It’s a condition that affects the bone marrow, meaning that his immune system was impaired, his other organs were working overtime to try and compensate, and his entire body was in revolt. After several years of exhaustion, pain and a slow deterioration of his ability to walk, see and digest food, not to mention catching every illness he was exposed to, he was in a position where drugs to slow the passage of his illness were no longer of any use. His spleen had swollen to an enormous size, which caused him to be unable to eat more than a tablespoon of food at a time, he was too tired to stand or walk further than from his bedroom to the bathroom, and neither sitting nor lying down was comfortable for him. He could not see clearly, so watching TV became a source of frustration, and loud sounds were distressing to him. We spoke at length about his situation, and he told me on more than one occasion “If I were a dog, they’d shoot me”. He met with the palliative care team from his local hospice, who were supportive but basically could only offer him starvation in a morphine induced coma, during which time they couldn’t guarantee that he wouldn’t still suffer.

My family were paralysed with indecision. My dad was always a law-abiding man. He owned guns and taught us to use and store them responsibly. He conducted all of his business dealings in a law abiding manner, and expected us to do the same. He refused to implicate any of us in his death, especially my mum. But he knew that he couldn’t tolerate any more days of utter misery, and that he would have to act for himself. One morning, he woke my mother, and they sat together and said their goodbyes. I can’t imagine what that would have been like for my mother. Then, on crutches, he took himself out to his shed, got a gun from his safe and shot himself. My mother knew he was going to do it, but he had asked her not be involved, and she respected his wishes. So my darling dad was alone at the most terrifying moment of his life. To this day I don’t know how he had the courage to do it.

My mother had to call 000, and tell them that my father had shot himself. The police came, and his body was taken away to the coroner. We were fortunate that a forensic cleanup team was requested from Melbourne to remove the horrific mess from the back yard. But I still had to wash the blood from his crutches, and my mother had to water the patch of newly-sown grass seed in the lawn. All I can remember is thinking that he was no longer suffering, my marvellous father who had meant so much to all of us, and who the system had let down. Because, you see, it’s not a criminal offence to take your own life in Victoria. So the only legitimate option he could see that he had was to shoot himself.

My dad was alone when he died, in the most desperate of circumstances. My Mum was alone when he died, because he refused to implicate her in his death. She had to wait half an hour in her kitchen with her husband’s body lying in the back yard until the police arrived. Then she was required to go to the police station to give a statement, and while the police were supportive and kind, it was harrowing for her, and it was ongoing, as every few weeks, the Coroner’s court would send her more information on his death.

Instead of being able to be surrounded and supported by his medical team, friends and family, my father was reduced to taking his life alone. He was a perfect candidate for this legislation, being of very sound mind. He would have willingly completed the legal requirements and had a peaceful death in his own home. And our family members would not now be carrying the traumatic legacy that a gun death always involves.

Opponents of this legislation speak of “killable people” and expect that these laws will somehow make it ok for anyone a bit inconvenient to be bumped off. This legislation is so stringent, it will not be simple to access a dignified death, but please recognise that it would have helped my father. He would have been grateful for the gift of a dignified end, rather than the nightmare he left for his family.

I understand that the opponents of this legislation are active and vocal. Please understand that they do not represent me or my family nor any of my many friends across this state. I believe wholeheartedly that they make their pronouncements in ignorance of the terrible suffering which can beset an ordinary human being at the end of his or her life. I believe that should they have been through the same situation as my family, they would reconsider their stance.

I thank you for reading this far. Your compassion in doing so has shown me that my father’s death was not completely without meaning. When it comes time to vote, I implore you to vote on the side of compassion, mercy and above all, humanity.