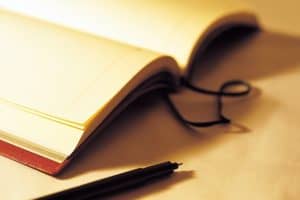 My Grandmother had a stroke which left her paralysed on one side and no speech at all except one sound which sounded like “no”. She was like this for six years. Her daughter, an artist, spent the rest of her mother’s life looking after her with the help of live-in nurses.

This daughter, after a fall, was placed in a nursing home where I remember thinking the residents sat looking like stuffed dolls sitting around the outskirts of a large area. When my sister and I visited our aunt, she usually had her eyes closed. My sister asked her to open them – she said, “Why?”

Fast forward to my partner who, at age 60, developed cancer of the larynx. After a six week spell of radiotherapy he was more or less in remission for a couple of years. Then followed five or six operations, the last leading to a removal of the larynx. He eventually had to write down words on a slate to communicate.

He was quite a proud man but when he used to do the shopping he wrote down an order to hand to the butcher, like a child. Although he was clear in all other parts of the body, the cancer eventually spread to the oesophagus and he then had to have all food vitamised or in liquid form.

During this time he was hospitalised for rounds of chemotheraphy which involved times of sickness, extreme constipation, diarrhoea etc. When it was decided nothing more could be done, he was sent home by the hospital who referred him to visiting palliative care nursing. On the first visit, one nurse asked him was he afraid of dying? He answered, “Not of dying, but the way to die”. Perhaps he had a vision of what was before him.

Eventually he was admitted to palliative care. When he was admitted, he handed his Advance Healthcare Directive form to the medico who then placed it in his file.

Well after being in care for one week, he could no longer swallow at all. He lasted for another five weeks, slowly dehydrating and starving himself to death. Every day he was offered artificial feeding (PEG) but refused as it would mean returning to hospital and he assumed it would then prolong his life.

During this time (when he was still strong enough to use his slate) he wrote:

“I am dying of cancer of the throat, I can no longer control my bowels nor eat or drink. If I was a pet, I would have had a peaceful injection days ago. But I am human and so I will have to go this the barbaric religious ritual of dying without dignity from dehydration over weeks….”

“Incidentally, I am an organ donor”.

“Can’t eat or drink anything, now getting increased dosage of morphine and other stuff…”

He was also at the stage of hallucinating but regarding the morphine, he was unfortunately severely under-dosed as discovered by Dr Rodney Syme who scrutinised his medical file following his death. His Advance Healthcare Directive was NOT in his file. Obviously the medical staff cared more about themselves than the patients.

When I was visiting daily, I can remember going home and feeling guilty because I was eating my dinner and he was not able to do so. He used to be very interested in food and did all the cooking.

I felt useless watching him die and I could do nothing.