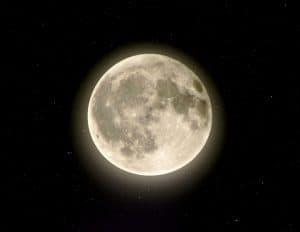 My brother, Peter, passed away peacefully Thursday 14th October 2021 at 2:30 am. l’m writing this because I think it is incredibly important to let people know how lucky we are to have the civilised choice of VAD (Voluntary Assisted Dying) in Victoria. Please don’t feel obliged to read this account of his passing if you feel it will distress you but, believe me, if you’d seen the release on my brother’s face you could only feel relieved, too.

I will start with my brother’s funeral. Peter’s funeral took place on a day filled with rain and wind and hail and wild weather. It was heartfelt, sad and poignant! We all had a deep feeling of connection to one another, there was warmth, there was laughter, there was crying, there were questions, and answers. There was colour, and of course sadness. We all felt a deep acceptance that reality is just what it is, and a deep faith to trust that everything is the way it’s meant to be, as hard as that is. It was so fitting that my brother’s beautiful grandchildren, aged 2 years to 6 years, were there to witness the full spectrum of life. Just what he would have expected. I am proud of my family and sad at the loss of an incredible and generous human being, my brother Peter. 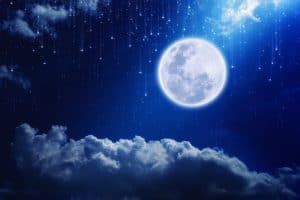 Peter was diagnosed with Pancreatic Cancer in July 2020. We were told that with aggressive chemo he could have 6 months – 5 years. Miraculously, he went into remission after his first round of chemo. The side effects of the chemo were bearable and generally Peter made us all feel comfortable with his treatment. He had another round of chemo to make sure they had got all the cancer. In late January he had a scan to investigate some pain he was having and once again had to get back on the roundabout of treatment. Peter made us believe that all was going well and hopeful, kept our spirits up and all of us believing in a reprieve from treatment and this aggressive cancer.

My brother and Sister-in-law, Lynne, have long been advocates of VAD and as a family we all agree that to die with dignity is preferable to living in a fog of pain and treatment. My brother chose to discontinue chemo treatment 8 days before he passed away. Peter was in excruciating pain that was being treated as well as Palliative care could treat it, keeping him as comfortable as possible and providing him with an acceptable quality of life. The Palliative Care team were incredibly caring and supportive of everything Peter needed for remaining at home, something he and Lynne both wanted. They were available any time of day or night and they gave my brother the opportunity to be present each day.

As Peter grew weaker and his days became less fulfilling, he began to discuss his options with Lynne, concluding that he would certainly exercise the VAD option that, thankfully, was available to him. Peter’s last 2 days were incredible! Even the weather, as one of my wise nephews-in-law said, was empathetic, “choreographed” to suit the mood. The day was stunning and mild on the Tuesday when the family gathered to spend our last day/s with my brother. We hung around together, the grandchildren played together, and the colours were brilliant and clear. The following day we went there in the late afternoon, as this was the day my brother chose to go.  Again the weather obliged with exquisite dark purple clouds, a slanting sun highlighting the intensity of all the different greens, and a warm breeze gently caressing us. Peter was outside drinking in this beauty. We had Thai food for dinner, a last request from my brother. He needed his usual after dinner walk. And then, incredulously, in the early evening all grandchildren came to the park to play one last time with their “Opsie” (Peter). The moon had a halo around it and the stars were starting to appear. A warm breeze was blowing. We went home and Peter said it was time, after the most perfect day! We were privileged to be there, to each get a last hug and a joke about the way we are and then Peter took the medication and fell into a deep and painless sleep.

Was he sure about his choice? Without a doubt!!

And the rain came down!

We sat together while he slept peacefully, we had a “la Chaim” toast to life and we remembered, laughed, were irreverent, we cried! Lynne sent us to bed and she and Natalie, my niece, climbed into bed with my brother. Lynne got to cuddle my brother for a few hours while he lay in pain free sleep! Something she had not been able to do for months – what a treat!

My brother was lucky enough to have Lynne, who is devoted and loves him completely. As he loved her. Lynne cared that he would have as gentle a death as possible. We were also lucky that my brother chose to endure his pain as long as he could, to be with us. All for the sake of love.

Rest in Peace, Peter. You courageously went into death with clarity, conviction and no fear at all. I’m told that the day you died was the last of the 9 days’ celebrating the cycle of life in the Hindu calendar. This was Goddess Saraswathi’s day, the goddess of intellect and learning. What an inspirational teacher by example you are!

Peter was my brother, but also mine and Jurek’s friend. In the Jewish tradition my brother was buried the next day. I hope this account will help you in your understanding of our different life choices.