A story from the United Kingdom 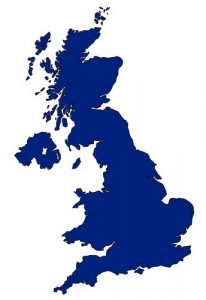 My wife and I were married in 1964, when we were in our 20’s. By the time we were in our 50’s we were comfortable discussing all topics, however controversial they may have been to others. One we talked about was euthanasia, and both of us agreed that it was a better way of dying rather than be a burden to others and have a miserable life. We were not thinking that we would ever have the need for assisted dying.

Fast forward to our fiftieth wedding anniversary in 2014 which was a big celebratory occasion because we had always been so happy with each other. Six months later Stella was diagnosed with Parkinson’s. Over the next three years the decline in her health was barely noticeable.

By 2018 her energy levels had dropped considerably, and she had given up swimming and badminton, and we had stopped going on holidays, and in her own words she was becoming antisocial. She was not enjoying life.

In late 2018 she found that she had a lump in her right breast, she had previously had two lumpectomies. She was diagnosed yet again with breast cancer. In January 2019 she refused to have a total mastectomy on the grounds that coping with Parkinson’s was bad enough. She told me that she wanted to go to Switzerland for an assisted dying with Dignitas.

We got in touch with them, and we joined as members. We were told that she had to supply a life history, including upbringing, marriage, children, a health record supported by doctor’s reports, dental records, a psychiatric report and many other details right up to the present day. Also, who would travel with her on her final days.

Stella’s health rapidly deteriorated from then onwards. She told me that she could not manage if I died first; she said that I still had lots to live for, unlike her. In June we got the “green light”, meaning that everything was in place for an assisted dying (AD). In July she asked if her AD could take place in the first two weeks of August.

We were told previously that a doctor had to make two separate calls in the evening to see Stella prior to the AD. Dignitas suggested Tuesday/Wednesday or Wednesday/Thursday. We took a morning flight to Zurich, and then a taxi to one of Dignitas designated hotels. That evening Tuesday August 6th the doctor called and immediately asked for her passport for ID. He then said that he had read her life history and commented on the amount and wonder of our holidays and a happy marriage. She was quite relaxed and talked openly. His last question was “do you wish to proceed with an AD”. She replied with a quite emphatic “yes”. He left after telling us that he would call again the following evening. 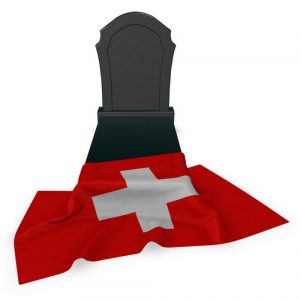 The next afternoon is a day I will always remember for the rest of my life. The five of us (my three daughters had come with us) sat down in the afternoon in the smoking area and played kwercles and played the card games that we all enjoyed when they were teenagers. Stella was so relaxed, and happy, it was as if she had gone back 20years.

When the doctor knocked that evening, he said that it would be a brief visit as he had to ask her if she still wished to proceed with the AD. He received a definite “yes”, again. We were then instructed to take her to the ‘Blue House’ where the AD would take place after we had arrived at about 10.30. The following day we made our way there and we were met by two ‘escorts’ (nurses). After a cup of tea to ease everyone’s nerves, one of the nurses asked Stella if she wished to continue with the AD. She was very relaxed and said yes.

She was given an anti-emetic to prevent any reaction with the poison. This had to be taken half an hour before the administration of the poison. During this half hour she was told that it was still not too late to change her mind and did she still want to end her life. Again, she was quite emphatic with her answer. She was given a glass containing the poison, which she consumed in two gulps, and asked for water to take the taste away. She was given the water and she said goodbye to us.

To Live with dignity
To Die with Dignity

Stell was cremated in Switzerland and my daughters brought her ashes home. Dignitas had supplied us with three original Death Certificates and several unauthenticated copies.

We held a memorial service in our local church in September which was well attended. I am putting this in print so that people can realise that Assisted Dying is illegal in this country. The Netherlands, Germany and Belgium are countries where it is legal, but only for their nationals.

The General Medical Council have recently voted unanimously that G.P.s can now remain neutral in opinion about  AD. An act of parliament could ease the suffering of many. I have it on good advice that there are 209 000 attempts at suicide in the UK of which only 9% are successful. In October 2019 the State of Victoria, Australia, and in December 2019 the State of Western Australia legalised AD.

Something needs to be done to change the law in this country.